What I Should Have Done Differently When I First Moved Out 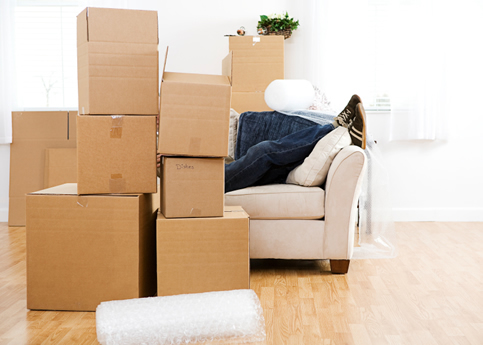 I remember the thrill of finally getting a place of my own; it was real independence from my folks. I knew there were going to be times when things got a little rough but I didn’t care because I would finally have my own kingdom.

Then the reality set in after the first month.

Your parents can tell you quite a bit about being on your own but a lot of it doesn’t sink in until you’re actually out there; it’s almost like a rite of passage in some weird, sick way.

What would I have differently when I first moved out?

Furniture & Household Items – These are things for which I really should have just went to the flea market, thrift store, or one of the dollar stores, since it quickly added up. Avoid mattresses (of course) but try to pick up everything second-hand because often it’s still in great shape and none of your friends are going to give you hassle for it because it’s your place.

Groceries & Booze – You’re out there, you’re over 21, and you’ve got a fridge to stock. We’ve all done this: buy a package of ramen and a handle of vodka. That’s not the way to go about things. Cooking is awesome because it saves you a ton of money and it’s impressive to your friends and attracting the opposite sex. Booze really adds up not just on your finances but binging is going to do some hefty damage to your health later on so you might as well ease off it before it becomes problematic. Stock your pantry, look for good deals at the super markets, cook more, and go easy on drinking – do that and you’ll save a significant portion of your paycheck.

Entertainment – Your friends will beg you to come out to a club or a concert; you know you’re going to drop some serious funds on drinks and entry. Sometimes it’s definitely worth it, but the costs do add up so you need to have some kind of reserve with these things. You have bills to pay, after all. I’d suggest you find smart ways of staying entertained like streaming more movies, buying used games, taking up a hobby, or just hanging out with friends at the house more. There may be times you are locked into a cable provider in your area (most likely Comcast) so you’re kind of hung out to dry when it comes to the variety of programming you choose. I’d recommend setting up something like a combo package with DIRECT TV internet since you not only get a couple hundred channels to dig through (of course sports is on there) but net speeds are nice and it locks in at a better price than most local providers.

Get Local – When you’re young you have no problem driving 2+ hours to some event or to meet up with someone, but that really adds up on gas and once you’re out there you know you’re going to burn through your funds. Now you’re scrambling to figure out how to pay the utilities because you decided to meet up with your buds for the weekend. I’d suggest you start thinking local. Grab up a newspaper, check the local listings, ask around, or keep an eye on your social accounts for what’s happening in the immediate area. There are always things like street fests, free music, cheap movie nights, craft sessions, and other activities that won’t drain the bank account. Plus, the more you’re around the area the more you’ll know the hot spots which will save you even more since you’re not falling for the hype.

It’s awesome being out there on your own with responsibilities but it’s exactly that: you need to be responsible. I have no idea if any of this advice will get through to you because like I said in the beginning – you can take all the knowledge you’re given and still make some mistakes. Hopefully, though, these items will stick with you so you’ll at least have some way out of the situation instead of it going straight to the dumps.

Using Technology to Improve the Efficiency of Your Business

How to Expand Your Business Abroad