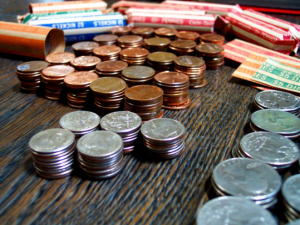 As complaints about payday lenders continue to be reported about in the news, this blog looks at the issue of rising complaints relating to the payday loan sector, and asks why complaints are on the up, if these can be effectively addressed and if so how?

Payday loan complaints on the rise, or are they?

One fact that needs to be noted is that the actual payday loan sector itself has grown significantly over the last two years. Figures reported in the Financial Times suggest that growth in the payday loan sector since 2006, has grown by 6%. Market share for payday lenders within the overall credit industry has also seen burgeoning growth, so there can be no question that the number of complaints registered must in some respects, if not all, be related to the growth in the sector. More people are applying for and receiving payday loans from lenders like the Wonga brand so it makes sense that more complaints will be logged by the Financial Ombudsman, due to the increased number of sales of these types of products. In this sense the data published by the Financial Ombudsman regarding the rise in complaints relating to the payday loan sector is quite misleading. On initial examination of the data it appears that payday lenders have somehow become more liable to receive complaints. However, this has to be interpreted in light of the fact that the sector is experiencing astronomical growth so it is little wonder that complaints are up. Although we don’t have data on the actual number of happy customers who used the services of payday lenders, in light of the growth of the industry we must examine the figures published by the Financial Ombudsman with circumspection.

They are isolated figures and because they have not been reported in context, for example alongside data about the rate of complaints per product sold in the UK, the data does not really tell us much.

So, if complaints relating to the payday loan sector are indeed, on the up, how can this be addressed?

The changes being introduced since the establishment of the Financial Conduct Authority are likely to impact the number of complaints within the payday loan sector. The changes introduced since April 2014 include changes to the payment retrieval system widely used within the payday loan industry, changes to the affordability checks payday lenders have to use and changes to the advertisement of payday loan products. Payday loan products must now be advertised alongside information about how debt advice may be received and this is likely to go a long way towards reducing the number of people who can’t afford to repay payday loans, applying for them anyway.

It can be suggested that these changes are not just going to impact users of payday loan services for the better.

In fact, payday lenders actually welcome them, on the whole, as they will ensure that more and more suitable candidates for payday loans are the people who actually receive them. It is not in the interests of the payday loan industry for to encourage misuse of their products, and this is something they categorically wish to avoid. Payday loans are designed to be used in financial emergencies, by people who need the service, but at the same time are in a position to pay the fee for the service and repay the debt over a short period of time.

It is a fact the more research on the types of people who use payday loans, and their circumstances is much needed to give us a better understanding of how the payday loan industry works. This will prevent misunderstandings and help ensure that payday loans are only accessed by people who can afford to repay them.

Why not get involved in the debate by posting a response here?