Home Budget Is it Okay to Not Tip the Waiters?

Is it Okay to Not Tip the Waiters? 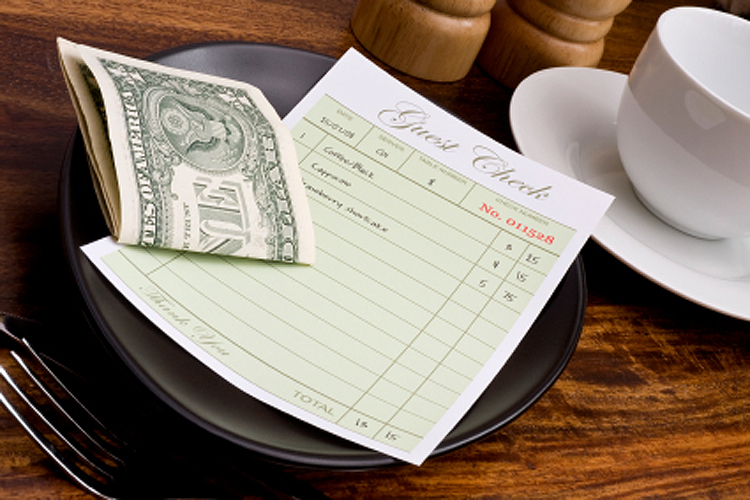 You go to a posh restaurant with friends and family, have a heart dinner, pay the bill (which by the way does include the service tax), but you don’t feel like leaving a tip. Everybody in your group raises an eyebrow, the waiters and manager judge you, and there is pretentious courtroom drama highlighting the big scene you made when you refused to let go of some change. I big cities, it is a big deal, and an insult when you don’t tip the waiters. And if by any chance you go back to the same again, they might as well spit in your food. But does it make sense to let go of $50 straight out of your pocket, which may very well be equal to adding another person to the table, just to save yourself from the disgrace? Let’s us find a solution to this unnecessary tipping habit.

When someone starts telling you about how waiters don’t even earn their minimum wage and that you are an awful person, you can explain to them how tipping is for good service and not for all services. No law forces you to tip, tipping isn’t compulsory, it is complimentary.  “People still tip because they feel compelled to by the non-financial benefits that come with following social norms.” So if you are not really paying for a great service, you are paying to save yourself from the judgmental attacks that would follow. Tipping is less of generosity, and more of doing what you are supposed to do, just to fit.

The whole tipping system itself is unfair and discriminatory. Sexist customers may come out tip female waiters more than the other staff. Since waiters depend on the tips for income, most of them tolerate inappropriate sexual/racial comments from the customers. “Tipping Culture Is An Incubator For Widespread Sexual Harassment.” If most of the daily wage these servers earn is through tipping, they deserve a better system, because this kind of preferential tipping is inefficient, confusing and prone to abuse. Also tipping practice creates inequality between the kitchen staff and the waiting staff at high-end restaurants, as they aren’t directly involved in customer services.

If you really feel about the conditions of waiters who take home more of the tipping money than the actual $2.13 they get paid every hour, you might as well consider telling the manager what went wrong or pin in him with some suggestions. It is after all a job- a job to be done correctly. And if something goes wrong, it is your responsibility to let the in-charge know. This can be an opportunity for the chef, waiters or even the manager to learn. Feedback is needed for improvement.

Let’s abolish this antiquated custom, and urge for the restaurants to follow “The service staff are fully compensated by their salaries and therefore gratuities are not accepted” custom instead.

How to Save Money on Vacations

These are the Best Hours to Trade the Market