Movies On Netflix To Watch 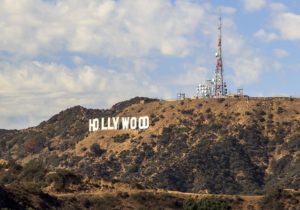 If you are paying for cable, you should eliminate it. There are tons of great movies to watch on Netflix. Check out the below.

The Interview: I’m sure we’ve all seen this movie by now, but if you haven’t you must see it. It’s either a film you’re going to love or absolutely hate. My mom is full Korean and she LOVED this movie. I know of some people who got offended by this movie, but it’s just a movie!

Labor Day: This film has been on Netflix for awhile and I recently decided to watch it because it had great ratings. This movie was the exact opposite of what I thought it would be. You never really know what’s going to happen in this film and that’s the good part about it.

Good Will Hunting: I actually first saw this movie when I was in middle school. My brother had it on an Ipod he gave me and it was the only movie I had on there. I honestly had no idea what was going on in the film, but I would watch it anyway. I decided to watch it again now that I’m a bit more grown up, and now it all makes sense. Robin Williams and Matt Damon star in this film, along with Ben Affleck. If I’m correct, Ben and Matt wrote and directed this movie. Out of all the movies I’m listing, this is a DEFINITE DEFINITE watch.

Ferris Bueller’s Day Off: It would be pretty rare if you’ve never seen this movie before. It’s based in Chicago, where I’m living now. I also grew up in Chicago so this film has always been one of my favorites. It’s not only hilarious but has a great message to it as well.

Adventureland: This is one of my all time favorite movies. I’ve seen it over a dozen times. The entire soundtrack is amazing as well. This is definitely one of those feel good movies.

Mystic River: I’m actually currently watching this movie with my mom. It came out in 2003 and I’m just now watching it. The ratings on Netflix are only about 3 stars which is surprising because the film is amazing throughout. This film stars Kevin Bacon and Sean Penn.

Total Recall (1990 version with Arnold Schwarzenegger): I actually watched the newer film when it came out. The newer film stars Collin Farrel and I had no idea there was an older film as well. The newer of the two was absolutely amazing, so I decided to give the first a shot. I’m the type of person that does not like older movies, first off. The technology and special effects in the movie were exactly what you think they would be.

Horns: This movie stars Daniel Radcliffe from the Harry Potter films. I actually watched this movie because nothing else was on Netflix that seemed appealing. I saw in the previews that the character Daniel Radcliffe was playing had horns in his head… So I just had to watch it. This film was surprisingly good! It’s the kind of film where you REALLY have to pay full attention to every little detail.

Which movies would you recommend watching on Netflix?

Tricks and Tips When Dealing with Property Taxes

4 Ways To Prepare For Retirement