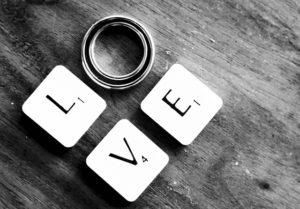 I know of way too many people who enter marriage without asking a single question related to their future spouse’s finances. Maybe that works for a few, but I think it’s best to be as open as possible an actually know the person you are about to marry. No, money isn’t what a marriage is all about, but being open now can save you from mistakes or problems that are found out about later.

Below are four money-related questions that I believe should be asked before you say “I do.”

Okay, so this isn’t exactly directly money related, but I do know a few people who do not want children because they are too expensive. This is probably a good question to ask before you get married because it would be a sad situation to be in if you wanted children and your spouse thought that they were a complete money pit.

If you and your spouse both want children, then you might also want to discuss questions such as whether one of you will become a stay-at-home parent.

You may also want to ask HOW many children that you plan on having. If one wants 20 and the other is fine with one, then that may lead to problems as well 🙂

Before you get married, you will want to ask at least a few debt-related questions. What would you do if your spouse had $200,000 worth of credit card debt and you didn’t realize this until after you got married? Wouldn’t you feel at least a little bit that you were lied to? I know I would!

Are you a spender and your future spouse is a saver? Or, maybe it’s the other way around? You should talk about your spending and their spending and see how your finances will work out.

Will you have joint finances? Just because you are getting married to each other doesn’t automatically mean that you will have to have combined finances. Some married couples have completely separate finances, and some have semi-separate/combined finances. It is something that should be discussed.

Also, another question related to this is whether or not there will be a prenup. This can be a tough subject to talk about, but in some situations it is needed.

There are many questions related to retirement that you may want to ask:

What money-related questions do you think should be asked before marriage?

Or, do you think money questions don’t matter?

Is A Tiny House For You?