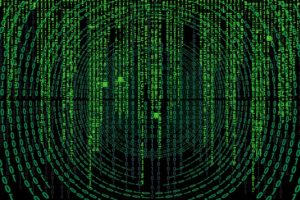 Networking is a highly misunderstood term. But it is something which holds too much importance in the professional world. Hence you ought to learn how to network. For beginners, keep in mind to avoid these common networking mistakes.

Whenever you are attending a networking event come mentally prepared with a goal in mind. Are you in need of a job? If so then what kind of a job or just anything would do? You should have answers to these questions already. When you meet a potential employer then you possibly cannot land a job with a blank expression across your face.

This one comes under the category of silly mistakes. Imagine a situation where you have met someone, spoken for some time, shared each other’s concerns and now are about to share your contact information, but guess what? You forgot to bring your business cards! Damn! And you end up writing your number on a fragile tissue paper. People judge and notice even small details at such events. Also you mostly have only a single shot per person. What is once lost is lost forever.

Networking is like a deal, it remains incomplete if one of the parties doesn’t respond at his or her end. Whoever you meet, whether or not the conversation you had turned out in the right direction, do not forget to say thank you or reply with a mail.

If you meet someone who has nothing to offer you at that moment then you don’t just abruptly end the conversation. They might have something for you in the future. So keeping that mind, don’t hesitate to ask a few questions about other options that might be available or asking for guidance as to what your next step should be. Persistence on your part exhibits true interest.

It is very tempting to say that I got your contact from so and so and that you have great relations with them. But once the person you are trying to network with meets your so and so person then things are ought to get ugly. Instead of making one good network you will end up losing both potential contacts if you lie.

Such events are attended by many with an aim to meet as many new people as possible. So your time limit with each person reduces as it is. But if you start speaking to someone else on the phone while keeping the person waiting who is in front of you, then it portrays a very bad image of you. People won’t wait for you.

Finding the Right Executives for your Company

How to Find the Right Investors for Your Startup?