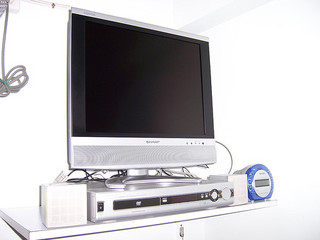 Also, cable and satellite TV prices just seem to keep on increasing as well. You’ve probably heard the offers such as $40 a month for 12 months.

However, once those 12 months are up, your bill probably doubles or triples. Plus, you have to pay for that satellite each month, insurance on the products that they are lending you, DVR, and so on. It all adds up very quickly.

Here are ways to cut your TV bill.

Just cut it out altogether.

There are many alternatives to paying for cable or satellite. You could just get a good antennae and only watch local channels. Or you could subscribe to Hulu or Netflix and get your TV fixings on there. I have also heard of families who do a mixture and spend around $20 a month – which is much better than $90!.

Always ask for a discount from the company.

Cable and satellite companies know that they are competing with lower costing services now. Many people are completely cutting the cord, and they are trying to stop that from happening by discounting their prices.

Once your introductory price is up, try to ask the company for a discount. Usually they say yes with minimal problems.

If they say no, I would just try again. Maybe give it a day and try their online chat, or vice versa.

It does not hurt, and I’m sure you will find someone who will give you a better price. Maybe you could also tell them about their competitor’s pricing and tell them that you are thinking about switching as well.

Cut out the extra channels.

Do you have a ton of extra channels that you never watch? You should call the company and see if maybe a better and lower costing package is better for you.

For example, if you only watch one TV show on HBO, then you probably do not need it for the full year. Where I live, the price just went up to $19 a month for HBO, and I only watch a few shows on it (Boardwalk Empire, True Blood, and one or two others). So, there are about 6 full months where I never even turn on any HBO channels.

Do you have cable or satellite? Why or why not?

Saving Money When Eating Out