How to Turn your Hobby into your Career 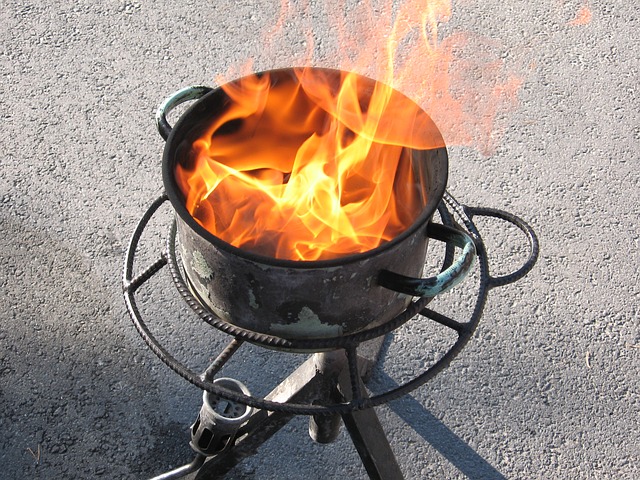 We’ve all heard stories about how someone nearly killed themselves cooking a Thanksgiving feast. It’s easy to dismiss these people as below you; but a lot of these dangerous mistakes are made by intelligent people every day. These are a few of the most common cooking mishaps that destroy house and home.

When you’re cooking with animal fats or oils over a gas burner, it’s not uncommon that some spillage will catch on fire. If immediately remedied with the correct actions, this isn’t a big deal—except for your meal might be a bit well-done. However, if you handle a grease fire the wrong way, it can quickly get out of control.

How Do You Stop a Grease Fire?

The reason so many people get in trouble with grease fires is because they immediately try to put water on it, which is actually the worst idea. Dousing a grease fire with water will just cause it to spread. And you will then have a much larger grease fire. The first thing you should do in the event of a grease fire is turn off all burners. You need to stop thinking about cooking for a minute and go into fire prevention mode. After you turn off the burner, remember to absolutely not add water to the equation. The best thing to do from here is to try to smother the flame with an unused pot or pan. This will starve the fire of oxygen, which will eventually cause it to go out. After the fire is completely out, clean the entire stove area to get rid of any remaining grease. You don’t want to end up with another fire when you try to use the stove again.

Grease fires can’t always be avoided—even by people with a lot of cooking experience. It’s important to compare homeowners insurance quotes to see what policies cover kitchen fires. Your whole house can easily burn down if a grease fire gets out of control.

It’s understandable why you would leave the kitchen if you have something slow-cooking for eight hours. For most cooking, however, you should stay in the kitchen the entire time. You might remember to go in and check on what you’ve got in the oven or on the stove most of the time. But it only takes one time of forgetting to put you in a whole lot of trouble. If you’re lucky, you’ll smell burning before anything is damaged besides your meal. But this won’t always be the case. Imagine if a grease fire started while you were in the living room watching TV. Things that shouldn’t happen do happen, which is why you should always stay in the kitchen when something’s cooking.

Deep-fried turkey has been gaining popularity in recent years as a Thanksgiving favorite. No matter how good it tastes, however, there are some major dangers associated with frying a turkey. Unlike most common kitchen dangers, which are fairly one-dimensional, frying a turkey can be a hazard for a variety of reasons.

Why Is Frying a Turkey Dangerous?

The main danger of frying a turkey goes back to the famous combination of oil and fire. There are a few important things you need to take into account if you plan to safely fry a turkey. If there’s too much oil in the pot, when you drop the turkey in, it will overflow and cause a fire. Turkeys can be quite heavy. Adding the turkey in a way that causes the pot to become unbalanced can cause it to fall over and spill oil everywhere. When that meets a flame, you’re going to have problems. Additionally, letting the oil get too hot can cause it to catch fire, in which case you will have a burning pot of turkey on your hands. You won’t be thankful for that. It’s possible to safely fry a turkey. The safest way is to do it outside, where you will mitigate damage from any of these scenarios.

It’s important that you know the dangers of cooking before you get too comfortable in the kitchen. One mistake is all it takes to go from at-home chef to without a home.

Technology Can Help Your Business Be Successful: Here’s How

Top 3 Mistakes You Should Avoid When Buying a Car

3 Ways to Reduce Your Daily Expenses

Understanding the Nature of Work-Life Balance

5 Tiny Travel Tools that Will Make Your Life Easy

Get notified about exclusive offers every week!