Home Trading These are the Best Hours to Trade the Market

These are the Best Hours to Trade the Market 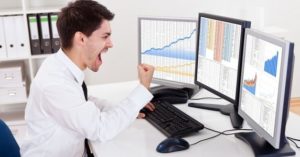 Everyone knows that one of the major advantages of trading in currency, rather than other markets is that the forex market is open 24 hours a day, every weekday. Because of this, many new forex traders jump right in. Unfortunately, this does not work very well and can deplete the capital of the trader very quickly. The forex market follows business hours of four different time zones, but rather than staying up all day and night, it is important to understand the hours and make your goals accordingly.

While the forex market opens at 6pm EST and closes at 4pm on Friday, not all of these hours are equally good for trading. The best hours to trade the market are those hours when the market is most active and if more than one of the four markets is open at once, there will be more trading. In this scenario, there will be more fluctuation in trading currency pairs, as opposed to when only one market is open and currency pairs can easily get locked into a tight pip spread.

There are three overlaps between the trading markets that happen each day and these are generally the best hours to trade.

Is it Okay to Not Tip the Waiters?

Earn a little something this Holiday Season- Become an Online Juror