What happens in Vegas stays in Vegas — but you might not always want to stay in Vegas. Check out these five Vegas alternatives far away from Fremont Street for great gambling options.

Back in the 1920s, before Nevada legalized gambling, Tijuana was the getaway destination for California’s elite gamblers. Writing about Tijuana’s Agua Caliente casino in 1929, a Los Angeles Times reporter said, “There isn’t another place on the continent, outside of a U.S. mint, where you can see so much money piled up before your eyes at one time.”

A few years later, Tijuana’s fortunes changed. Nevada legalized gambling in 1931. Prohibition ended in 1933, Los Angeles opened the Santa Anita racetrack in 1934, and Lazaro Cardenas, president of Mexico, banned gambling in 1935. Still, a visit to Tijuana will connect you to the Grupo Caliente, Mexico’s premier gambling group, which has 12 sportsbook locations in Tijuana alone. Check out this review of Mexico’s famous Caliente sports book, and book your flight to Tijuana. You can also stay in San Diego and take a short drive in across the San Ysidro border. 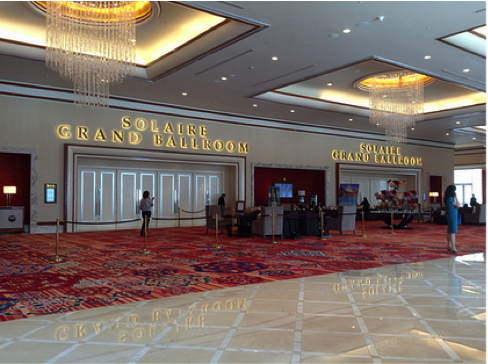 Manila boasts over 20 casinos and two resorts, the Solaire and the newly opened City of Dreams. Manila’s tax rate on gambling beats Macau’s — 15 percent to Macau’s 40 percent. Thanks to the Chinese government’s crackdown on corruption and the tiff that Manila and Beijing are having over a few maritime territories, top Chinese gamblers have shied away from the Philippines, leaving more room for you at the baccarat table.

When you’re not gambling, visit Intramuros, a 1571 Spanish stone citadel, and venture down to Ilustrado for some Spanish hot chocolate and some ensaymada, which is a buttery, savory take on brioche. For some Filipino home cooking, including pork adobos and angel hair pasta with crab fat, eat dinner at Café Juanita near United and West Capitol. 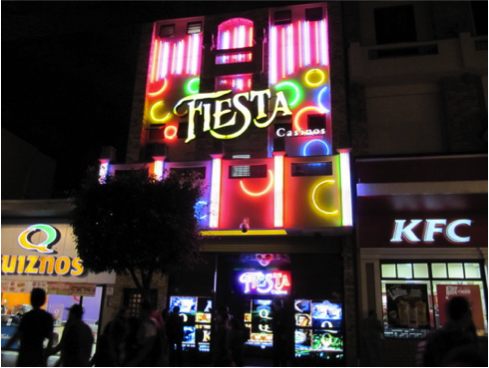 Costa Rica has become a hot destination for nature lovers and eco-conscious backpackers, but it’s also a great place for high rollers to catch some nightlife. San Jose has over 30 casinos and boasts nice exchange rates for U.S. dollars.

Along with its amazing Bali-style architecture, San Jose’s L’Acqua Viva Hotel boasts a gorgeous art collection including the “Sophia” sculpture by Jorge Jimenez Deredia. When you stay there, you’re a 15-minute drive from Ostional National Wildlife Refuge, a one-kilometer walk from the beach, and less than three hours from anywhere in Costa Rica.

Gambling hasn’t been legal in Singapore for very long. However, Singapore, whose citizens have the third highest average incomes in the world, doesn’t do anything small. The city already has two major gambling resorts: Resorts World Sentosa, home to Universal Studios and one of the world’s largest aquariums, and Marina Bay Sands, which boasts a total of more than 2,500 rooms and 750 games.

The SkyPark in Singapore is home to three acres of nightclubs, swimming pools, and gardens, giving you a place to relax when your bankroll runs thin. To visit the birthplace of the Singapore sling (dry gin, cherry brandy, and lemon juice), stop by the Raffles Hotel. It’s one of the few places in Singapore that you can litter — by throwing your peanut shells on the floor — without getting slapped with a fine.

London is one of the world’s biggest financial centers, and it’s also home to some major casino action. If you’re a high roller who can swing a £10,000 buy-in, you can get into the poker games at the Ritz and Crockfords Club. If you’re not so flush with cash, you can still find plenty of gambling establishments that will take your money.

The Casino at the Empire, in Leicester Square, is open 24/7, with bars open until 6 a.m. Catch a show at the Soho Comedy Club, and enjoy the casino’s outdoor space (unusual in London) on a warmer night. You can also check out the burlesque show at the Hippodrome Casino, or test your luck at one of the Grosvenor Casinos, which has multiple locations all over London.

The next time you have an itch to gamble, skip Vegas and visit one of these hotspots. Besides, if you’re going to do the sorts of things that should stay in Vegas, it couldn’t hurt to get even further away from home.

The Cost of Being a Landlord in the UK